µBOT v3 – An experiment in making a small robot (part 1)

This idea of making a small robot has been knocking around my head for the past few years. Here is the original design (v1) from a few years ago: 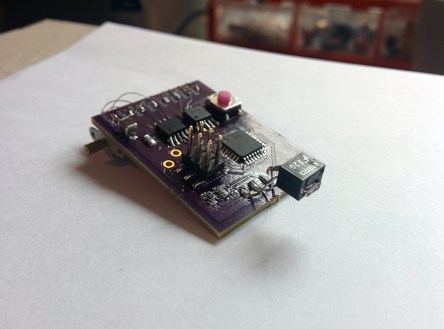 I made a mistake when programming the “fuses” on the AVR chip which meant it was effectively bricked. For some reason I never came back to this project, until now.

The tiny stepper motors are what make this project really cool. Having a robot that small with steppers means you would have some semblance of position control which means you can do cooler stuff compared to just open loop DC motors for example.

I never actually tested the micro steppers to see what kind of torque they put out. The v2 PCB was made just to connect up the steppers and see if they could move the weight of the PCB: It was actually kind of hard to test the torque of the motors as the weight of the wires affected things but from what I could tell the motors did indeed have enough torque to get things moving.

This brings us on to the current state of the project which is version 3. The PCB should arrive tomorrow so I will report back with the results once it’s assembled. Here is the kicad 3d model output: The PCB is the same size as version 2. It’s got an ESP32, a lipo battery jack, a micro USB connector for charging and programming (and serial data exchange with host computer), a lipo battery charge IC to charge from USB, 2 dual H bridge motor driver ICs and a TRCT5000. The whole thing runs off a small single cell lipo.

the TRCT5000 and the microUSB are missing from the 3d view. Here is a pic of the TRCT5000 for reference: 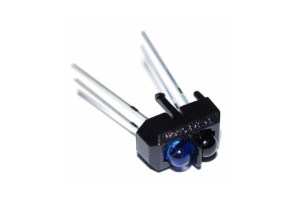 It’s an IR emitter and receiver in one package which lets you detect the reflectivity of the surface in front of it. This sensor will be facing the ground so it could be used for line following. Not that I think of it , it would have been cool to have a front facing one also for basic obstacle detection. Will keep that in mind for v4.

The ESP8266 opens up a lot of possitibilities. I intend to flash it with micropython because I love it and it’s the best thing ever invented in my opinion. From there I can connect to wifi and do remote control from a smartphone, stream IR sensor values etc. etc.

This PCB has a fair few components and some parts I haven’t used before so the chance that I’ve ballsed something up is pretty high but I’m just glad to be making stuff again and regardless of how this version turns out it is a step in the right direction.

Stay tuned for part 2. I promise to write the blog even if it catches fire or something like that.

Here is the github repo with all design files etc.

Like Loading...
This entry was posted in Hardware, Ideas, PCBs and tagged micro bot, pcb. Bookmark the permalink.