An attempt at making an X-Y plotter from scraps (GhettoPlotter)

The plotter in action ( kind of ) 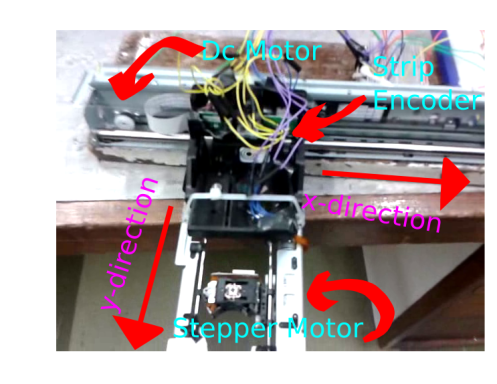 The x-direction was working perfectly, the strip encoder was being read by the pic using interrupts, the number of pulses that the printer head traveled could be set in code. In the above video, the printer head was moving one direction by 20 pulses, then stopping then moving forward again by 20 pulses. This process repeats until 100 pulses have passed. The printer head then travels in the reverse direction by 100 pulses. The reason it was doing this was to ensure that the microcontroller was not missing any pulses because this would introduce drift, causing unreliable operation. After running the above sequence for several minutes, the printer did not seem to have drifted at all. 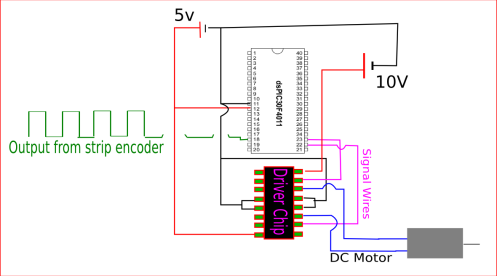 The whole reason for trying out this project was to eventually try and make a 2d laser cutter. Possibly using a usb stick to store the list of coordinates to cut out the required shape. Another idea was maybe using a tablet running linux and CAD software to quickly draw up simple shapes that could then be translated to a list of coordinates and sent to the plotter using Bluetooth. This list would be read by the pic microcontroller and it would translate that into pulse distances for the DC motor, and steps for the stepper motor. This project will have to be scrapped for the time being. A GhettoPlotter V2 is definitely on the cards though.