Matchbox Car – could it work?

All the parts were lying around so with a bit of solder and hot glue this is what happened: 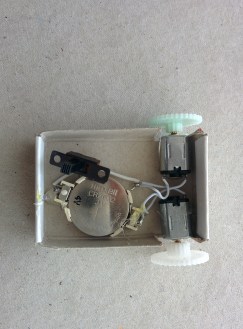 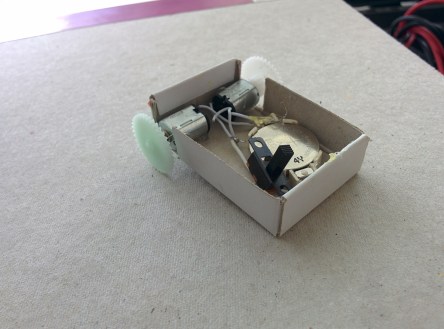 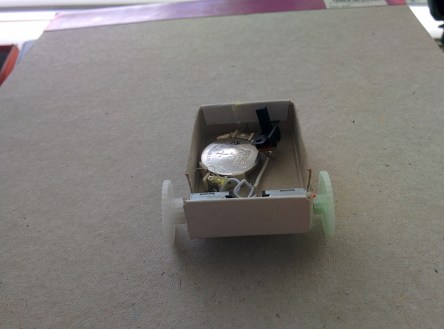 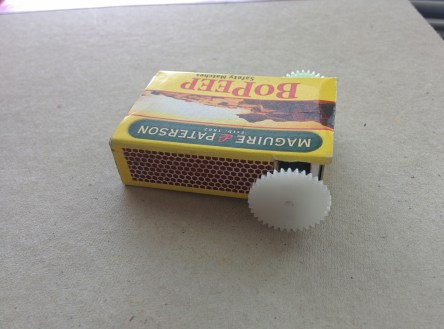 This was done to test if the motors were powerful enough to push the weight of the matchbox. The answer is yes they can but a change in battery type is needed pretty badly. The motors only run for about 10 seconds before the battery voltage drops too low for them to run. A cr2032 battery is used here and they probably aren’t made for high current uses such as this. Each motor can draw 100ma from 3V so that is 200ma draw total from the battery. A small LiPo would be a good match (lol) for the job. The next question is could you fit in a tiny pcb with a small battery, a microcontroller, transistors to drive the motors and maybe a tiny reflective sensor (IR led + phototransistor) poking out the front to detect obstacles? The two tiny DC motors were ripped from a pair of broken 9g mini servos.

made a very quick video of it doing donuts, realised afterwords that it’s at a funny angle but oh well you get the idea:

Like Loading...
This entry was posted in Hacks, Hardware, Ideas and tagged hardware, idea. Bookmark the permalink.