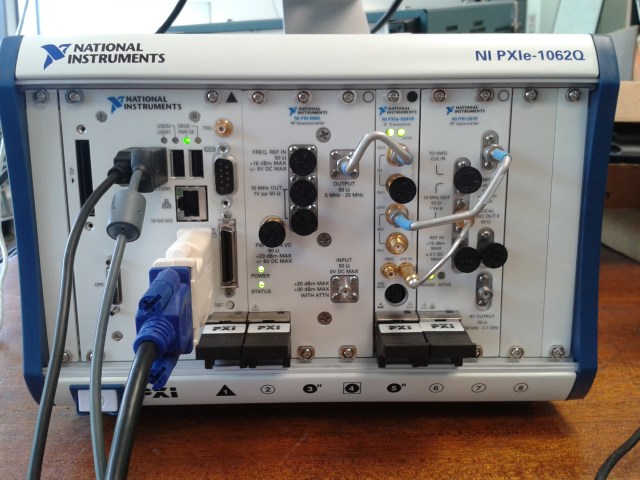 For the past day or so, I have been messing about with this cool-looking contraption. After getting past figuring out the intimidating front panel, I was able to try some interesting things.
First of all, I got an arbitrary waveform generator and connected it’s output to both a spectrum analyser and the NI PXIe computer. The PXIe is sold as a chassis like this: 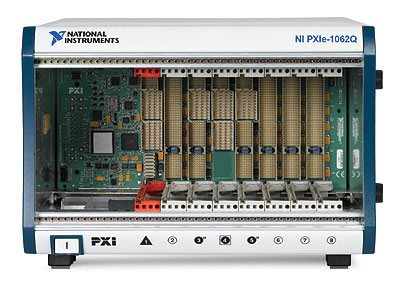 Then PXI express cards equipped with high frequency transmit and receive ‘stuff’ can be plugged in. The computer is pre-loaded with applications like a spectrum analyser, RFID signal sniffer and it can also act as an RFID reader.

Below are the pictures of the mini experiment I conducted: 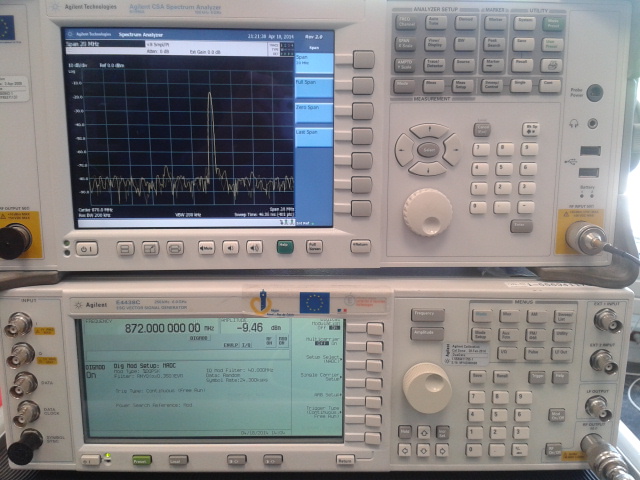 The waveform generator was set to transmit an 827MHz sine wave at roughly -10dBm. At the beginning this was just the carrier wave only, no modulation yet. 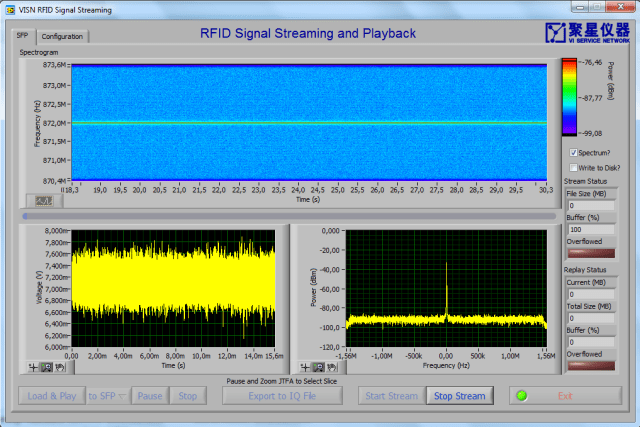 In this picture you can see the very narrow frequency band that the carrier wave occupies. 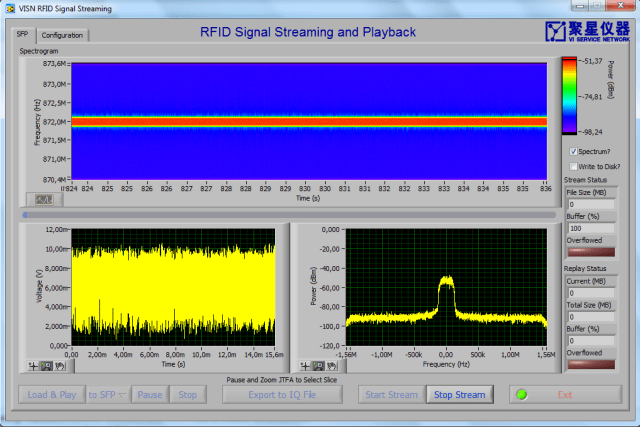 Data is being sent at a rate of 200ksps, which I think means Kilo-symbols-per-second. I’m not really sure what a symbol is but its related to bit rate in some way. The above picture clearly shows that more bandwidth is occupied when the carrier is modulated. At this point in time I’m at the level of a monkey mashing buttons on a keypad so I don’t really know why the bandwidth used is depends on the rate at which data is sent. What happens if I double the data rate? Does the bandwidth used double? 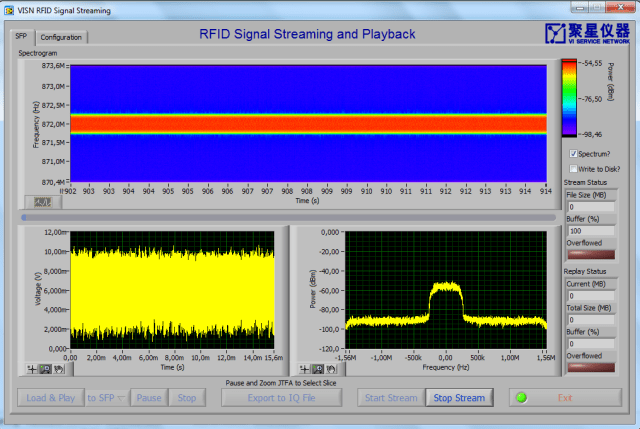 Now at 1MSPS ( 1 Million-symbols-per-second ) just because I can: 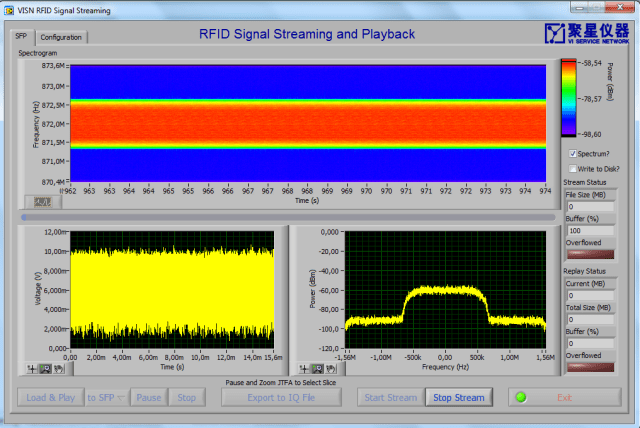