Sumobot build, the progress so far

It’s a speedy piece of kit by the looks of it! At the moment the code written just keeps it from falling off the table. When this video was shot there were little white specks on the table causing the robot to turn around even when it was on black.

This was later fixed by reducing the sensitivity of the colour sensors and going over the white spots with a black marker.

The robot was built to be easy to take apart and change parts or make adjustments. All of the sensors and motors plug into the main board via header pins. There wasn’t enough space for the PIC and both driver motors on the one piece of stripboard, so the boards were stacked using male and female headers. See the photos below for how it was constructed. 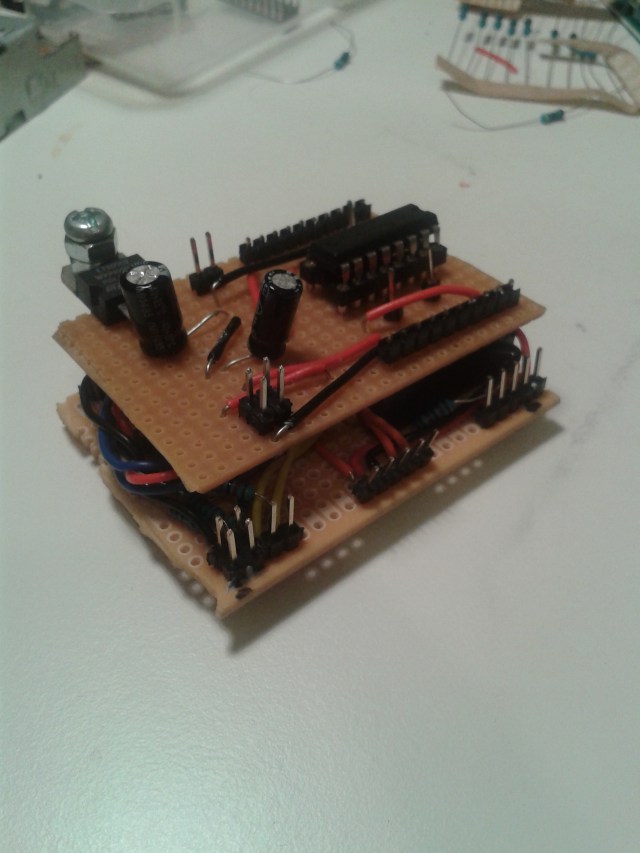 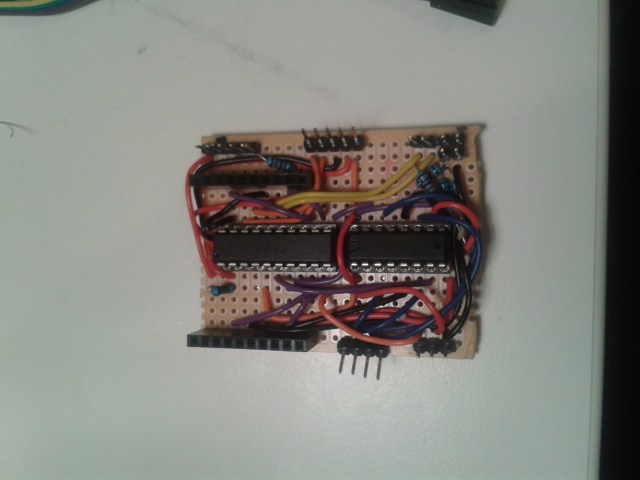 Bottom half of board

And here is the top half, containing another sn754410 driver chip and the 5v regulator: 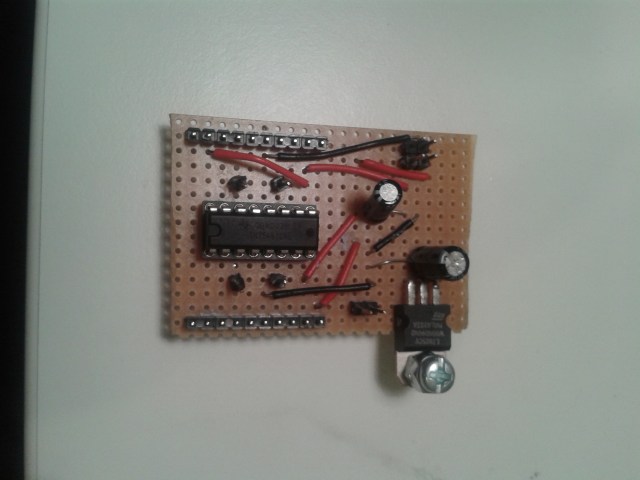 Bottom half of the board

The frame of the robot came pre-built as a kit, it was pretty much just the bottom frame with the four motors glued on. The frame had holes drilled for the colour sensors so everything lined up perfectly, much better than anything we could have hand built.

Here is a photo of the robot with the circuit board taken out: Robot with circuit taken out

as you can see from that photo, the LiPo battery fits between the motors like a glove. This was just a happy coincidence though, we had no idea everything would fit together so nicely when we bought it.

Here is the finished product. The hair band was a temporary measure to tidy the wires a bit. 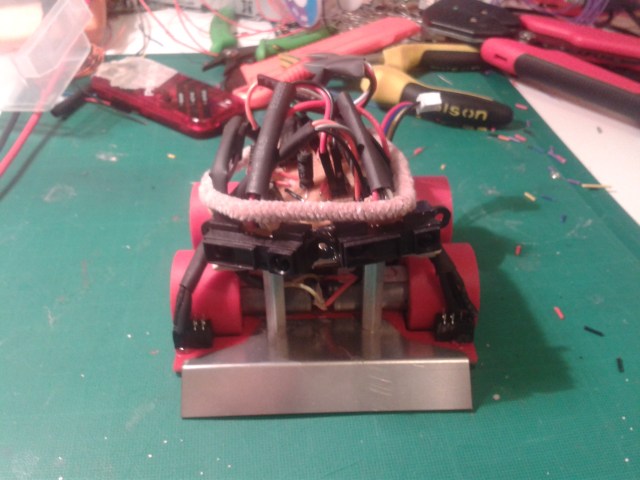 4 Responses to Sumobot build, the progress so far